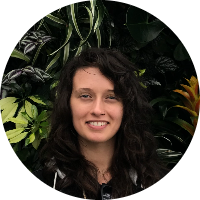 Iaah received their BA in Gender and Ethnic Studies from Indiana University in 2014, and subsequently obtained their MPH in Behavioral Sciences and Health Education from the Rollins School of Public Health at Emory University in 2016. While at IU, they worked with The Kinsey Institute for Research in Sex, Gender, and Reproduction as well as the local Planned Parenthood, and began volunteering with social justice groups on campus. During this time, they assisted with the development of sexual health research studies and collaborated with CBOs to bring inclusive sexual health programming, training, and events to the local community. These experiences helped to cultivate Iaah's interest in public health and the socio-contextual determinants of health. While at Emory, Iaah worked on the TEACH Study, an HIV prevention intervention for young African American women, and was a member of Emory's Reproductive Health Association (ERHA) and Students for Social Justice (S4SJ). Iaah joined the PRISM Health team in 2019 as part of the iReach Project. They now work on various iTech studies while still assisting with iReach and Know@Home (iSTAMP). Previous work at PRISM included assisting with The Center at 246, which provided free HIV testing and linkage to PrEP for DeKalb County residents. In their spare time, Iaah enjoys bouldering, participating in 5Ks, learning languages, and reading.