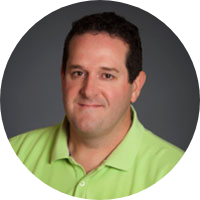 Dr. Sanchez received a Doctorate of Veterinary Medicine from the University of Georgia in 1994. After a veterinary internship at North Carolina State University, Dr. Sanchez practiced as an emergency veterinarian in the Metro Atlanta area until he returned to the Rollins School of Public Health at Emory University and received his Master of Public Health degree in International Health and Epidemiology in 2000. Dr. Sanchez began his public health career working for the Georgia Division of Public Health in the notifiable diseases epidemiology section and coordinated the state’s district epidemiologist program. He then went to the Centre for Disease Prevention and Control (CDC) in 2001 and worked for the Surveillance Branch in the Division of HIV/AIDS Prevention and later for the newly created Behavioral and Clinical Surveillance Branch (BCSB) as a project officer for the National HIV Behavioral Surveillance System. In 2005, he became BCSB’s Associate Chief for Science and served for extended periods as an Acting Team Leader and the Acting Branch Chief for BCSB. From 2008-2009 Dr. Sanchez was the Chief of the Epidemiology and Strategic Information Branch of the CDC-South Africa Office and then moved into the HIV Epidemiology Branch as the Associate Chief for Science from 2009-2011. Dr. Sanchez uses his expertise and interests in disease surveillance, HIV/AIDS, sexual behavior and public health practice in the development of PRISM Health-led projects and studies.